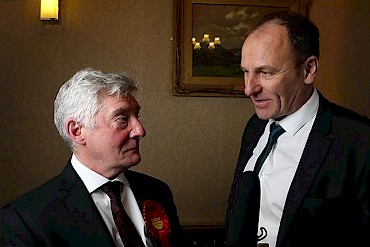 Greg Couzens was the face of Rochdale Online for its general election count video coverage at RochdaleTown Hall on Thursday 8 June.

Rochdale Online has published a live commentary at local election counts for over a decade and this year took that one step further by augmenting the commentary with video interviews.

Greg  was chosen as the presenter/interviewer and he interviewed each candidate throughout the night.

See: A staggering win for Tony Lloyd and Labour in Rochdale